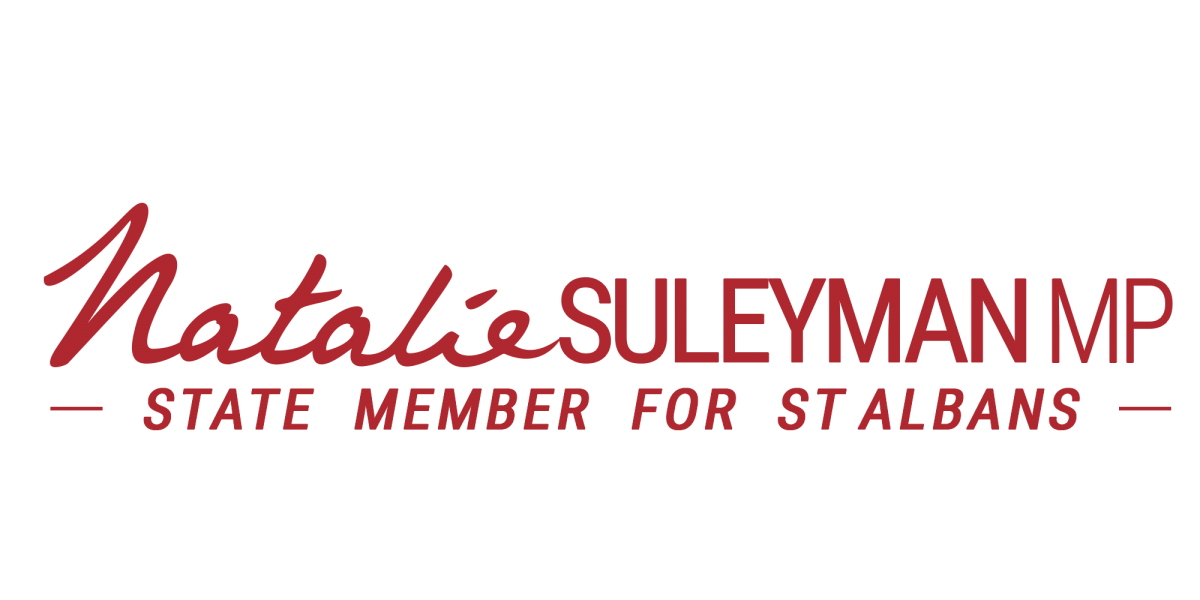 Young people from Sunshine have come together to transform public spaces thanks to a $17,000 Graffiti Prevention Grant from the Victorian Government’s Community Crime Prevention Program.

Several young people from Sunshine took part in the $17,000 ‘This Is Us’ project to design and install a mural that celebrates the diverse local community and combat graffiti vandalism.

The ‘This is Us’ mural is located in Watt Street, a popular route to Sunshine Railway Station, and the has received positive feedback from the local community and traders. Local artists Tadros Ibrahim and Sebastian Fransz facilitated workshops with the young people aged 18-25 to design and install the mural.

The mural features a glowing heart as the centrepiece, with several panels either side and is one of two graffiti prevention projects awarded to Brimbank City Council in 2019-20.

A $25,000 grant for the “We Are St Albans” mural in St Albans town centre has also recently been completed. This also engaged local young people in anti-graffiti work and celebrated the multicultural diversity of the community.

While there has been a decline in graffiti removal requests across Brimbank in the past five years, Brimbank City Council spends on average $300,000 a year on graffiti removal across the area. For both projects, participants received education on the consequences of illegal graffiti.

Since 2015, the government has provided more than $2.2 million under the Community Crime Prevention Program to support 111 graffiti prevention projects across Victoria, including more than $69,300 for six projects in Brimbank City Council.

“It’s important we address the key reasons for illegal graffiti if we want to prevent it happening in the future and that’s exactly what these projects have done through education, awareness and empowerment of young people.”

“The results of this mural is stunning. The work has instilled pride in our public spaces and brought our community closer together.”

“The Victorian Government’s assistance has helped local young people create a great mural which I encourage local residents to go and look at.”

“Empowering young people through working on these beautiful murals helps build the connection to their local community and pride in public spaces.”